BRITS ARE PILING ON DRESSING GOWNS, WOOLLY HATS AND GLOVES AT HOME WHILST WISHING THEIR EMPLOYERS WERE PAYING THEIR BILLS

New government advice has recommended people should once again be working from home where possible – and a majority of us have continuously done so since March, when the national lockdown was put in place.

Back then the days were only getting warmer, but as we enter Autumn cold times are now upon us.

With this drop in temperature, we can reveal many Brits started putting their heating on at the start of September with one in three worried about the rise of electricity bills going into the colder months.

To help with avoiding this added financial burden, we looked into the habits we Brits are currently adopting to keep warm whilst working from home – these are your BEST home heating habits! 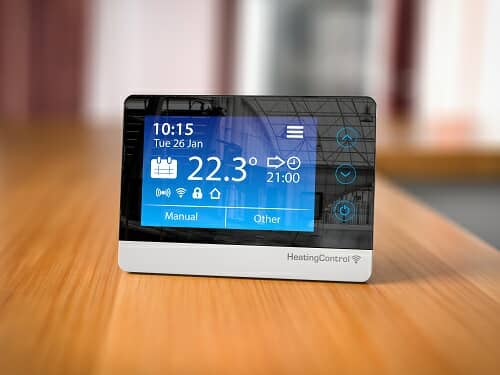 Research revealed 68 per cent of the UK population do not know how to warm their house properly.

WFH’ers have shared their top five methods of keeping warm since the drop in temperature:

Despite the majority having designated home offices to work from, 41 per cent of workers have changed where they work to move to a warmer area of the house because their “office” is too cold.

The research also found that many Brits are trying to avoid putting the heating on after one in ten, have gone to the extremes and decided to work in their hat and gloves.

Only one in ten people who work from home have their company contributing to their household bills, but with the number who are working at home rising once again, workforces believe that should change.

More than two-thirds believe that the company they work for should be paying part of their bills as being at home constantly is giving people additional costs they didn’t plan for. 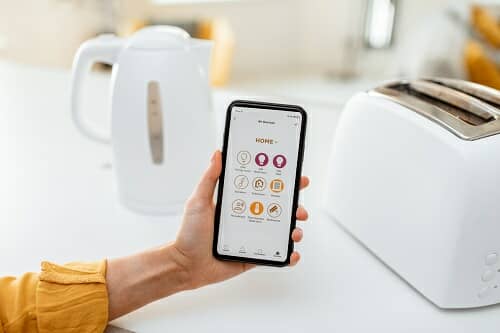 With so many people wasting money by keeping their heating on constantly there is an easy solution to lower bills, turn off the boiler when it is not needed.

Only heat the room you use for work in the day and only do this when you feel cold.

Having it on for a few hours when feeling warm is wasting money and energy, leaving you to foot the extra heating costs.

Another top tip is to lower the temperature by one degree as experts have shown that doing this can save £80 a year.

Wearing layers at home is the obvious way to keep your body feeling warm with long sleeve t-shirts and jumpers.

Don’t forget your feet though as a wooden floor will make them cold quickly, wear a nice pair of woolly socks along with some slippers and you’ll be feeling toasty in front of your laptop in no time.

And if you really want to commit to increasing those layers, drag that tartan picnic blanket out of the sideboard, pull on your dressing gown and don your favourite beanie hat too! 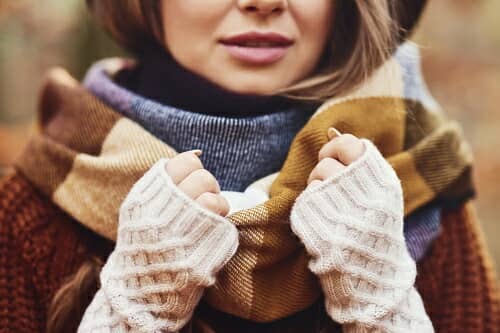 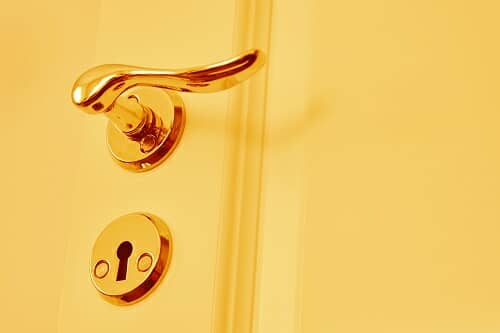 One of the easiest ways to lose heat in your home is from leaving doors open.

When in a home workspace make sure to close the doors so your pre heated office isn’t wasted and cold within minutes.

By doing this any heat won’t be able to escape the room, maintaining its warmth for longer.

One of the most simple and effective heat saving techniques!

A lot of heat can be lost from a home in gaps in the house, mainly between doors and windows.

Draught excluders will help with that as they block those gaps, leaving the room feeling warmer for longer.

They will stop those sharp cold feelings that we sometimes get as the cold air is blocked out of the room we’re working in; just be sure the doors are left closed too.

It’s a different type of “mind the gap” than your former daily commute! 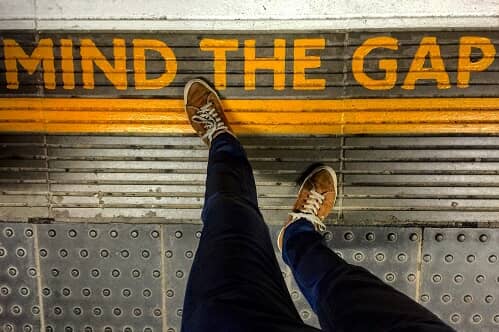 Get Active & Keep At It 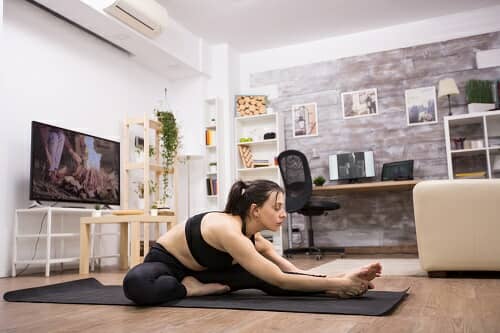 When working from home it’s easy not to move our bodies much as we’re stuck in front of a screen all day but why not start your day right with some exercise to warm the body up naturally such as an exercise video or even a walk.

Not only will it save you from touching the thermostat, but it will make you fitter at the same time – a fantastic win!

Just remember not to sit in a sweaty mess or you’ll become cold again quickly.

18 per cent of those who work from home all the time admit to already doing this to warm up before they start work.

More Money In Your Pocket

Working from home for the foreseeable will drive an increase in our household bills, as Brits across the nation adjust their thermostats such that their heating is on throughout the day and not just evenings once they return from the office.

This research has highlighted that a large proportion of Brits do not know the most effective way to utilise their heating but we hope, by following these tips, people will switch their heating off and save themselves some money by only using their boiler when they need it.

Stay safe, and happy (not) heating!

Turn your home heating into home decor with BestHeating.com. Tag us in your pics #mybestheating for a chance to be featured!🔥