A Guide To Protecting Your Pets From Carbon Monoxide

We’ve often raised the alarm about the dangers of carbon monoxide here at BestHeating, but there are still a large number of people unaware of just how dangerous it can be.

In a recent survey we conducted, just over a quarter (26%) of people didn’t know what the symptoms of carbon monoxide poisoning were and a whopping 96% didn’t realise that their beloved family pets can also be affected by the silent killer!

So, as we’re all spending more time at home right now and our furry family members are seeing us more than they usually do, we thought we’d give you the lowdown on carbon monoxide and pets and how to spot the signs of this deadly poisonous gas.

We’ll also cover a load of other info to help understand the true dangers of carbon monoxide poisoning.

What Is Carbon Monoxide?

Carbon monoxide (or CO) is a silent, colourless, odourless and tasteless gas.

CO is produced by the incomplete burning of carbon-based fuels like gas, wood, oil and coal (fossil fuels).

Carbon monoxide gas can be created by your home’s central heating system and by other appliances too if they are improperly ventilated, poorly maintained or haven’t been installed properly.

When CO is inhaled, your body replaces the oxygen in your red blood cells with carbon monoxide, reducing oxygen delivery to vital parts of your body, very quickly.

Prolonged exposure to just a small amount of carbon monoxide can result in serious harm to your health and that of your pets – with extreme cases of poisoning leading to paralysis, brain damage and ultimately death.

Because it affects the cognitive functions of victims so rapidly, carbon monoxide poisoning is very difficult to spot before it is already too late.

In the UK every year there are around 60 deaths attributed to carbon monoxide posioning, with thousands more cases requiring hospital treatment.

What Are The Symptoms Of Carbon Monoxide Poisoning? 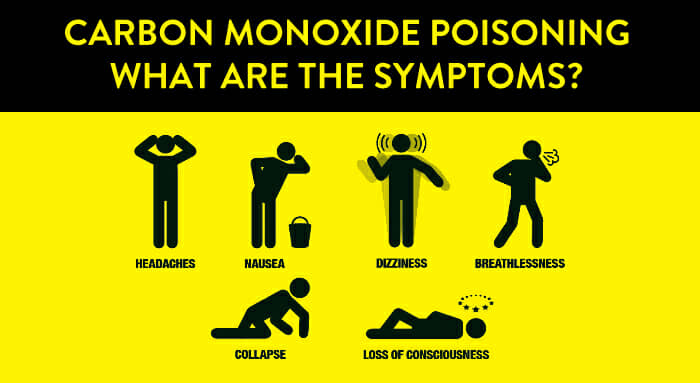 Right now, we’re all very aware of the symptoms of Covid-19 and it may surprise you to learn that many symptoms of the novel coronavirus are also the sort of thing you may experience with carbon monoxide poisoning.

Early symptoms of CO poisoning mimic anything from food poisoning to the flu, but the main things to look out for are:

If you and anyone in your family experience any of those symptoms and think carbon monoxide is the culprit, you should call 111 and seek immediate medical advice. 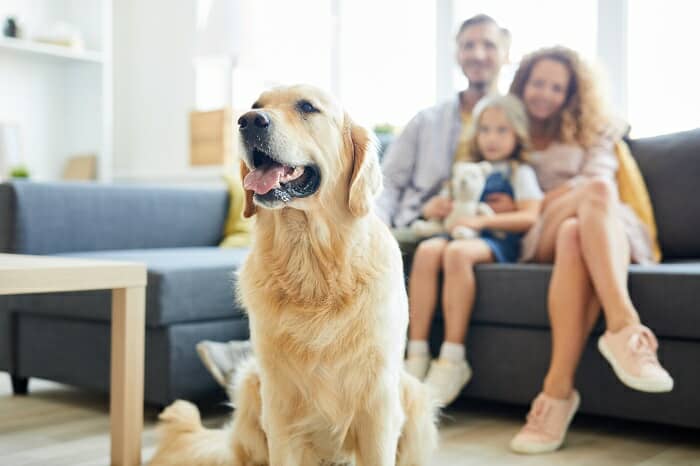 So, now that you know what carbon monoxide symptoms to look for in yourself, what about your beloved family pets?

Well, pets will experience similar symptoms to us, with the most common signs being lethargy and fatigue.

So if your normally excited and exuberant dog or cat appears a little down in the dumps and sleepy, it could be a sign that you have a CO leak.

As we’ve already said, if your normally excitable cat or dog is listless and tired, something could be wrong – especially if you found them that way in an enclosed space indoors.

Whether you suspect CO poisoning or not, if your cat or dog is lethargic when they are normally full of life and love, you should take them to the nearest emergency vets for treatment, immediately.

Any animal that has difficulty breathing is never a good thing and it is very likely a sign of something far more serious and sinister.

As carbon monoxide affects the lungs so readily, breathing difficulties will often occur before anything else gives you a sign of a problem.

If your family favourite is struggling for air, you should move the animal outside immediately where he or she can breathe as much fresh air into their lungs as possible.

One of the biggest signs that you or your pet has been exposed to carbon monoxide is nausea.

If your pet suddenly starts to vomit in an enclosed space inside, or if you have found they have already been ill and now appear lethargic, you should take them outside and call a vet straight away.

Seizures can be very frightening to witness, but sadly they are one of the most common signs that a pet or a human may be suffering from exposure to carbon monoxide gas.

Seizures occur because of the loss of oxygen to the brain and could be a sign of something more serious.

In this instance, you should try to move your pet as little as possible, other than to take them outside where they can breathe more oxygen, before contacting an emergency vet.

Hopefully you won’t come across an unconscious family pet, but if you do you should know that this is the final stage of acute CO poisoning.

Most humans who lose their lives to carbon monoxide exposure do so because their brain reaches a point where it can no longer tell them that something is wrong.

If your pet is unconscious and can’t be raised from their slumber, you have a serious problem and should rush them to the nearest emergency vet.

One of the most common signs in both humans and in pets is bright cherry-red lips and gums.

If you open your pets mouth and find that their gums are much redder than usual, this could be a sign of CO poisoning.

Other noticeable things to watch out for are cats refusing to come back indoors and a dog that has a sore mouth or throat and appears more irritable.

The easy way to treat this is to go outside and get some air – observing social distancing when you do.

Take a brief walk and your pet’s symptoms should quickly go away, but you should not return to your home if you suspect your pet has carbon monoxide poisoning.

Once you’re certain your pet is okay and doesn’t require a trip to the vets, you should contact a Gas Safe registered engineer who is qualified to investigate the presence of CO in your home.

It’s only natural to be a little worried if you suspect your pet has carbon monoxide poisoning, so what can you expect in the form of treatment?

Both human and pet treatment involves oxygen therapy and high concentrations of oxygen being administered to the victim.

This will help to increase the amount of gas that is being breathed out, reducing the level of poison in the bloodstream and helping the body to carry oxygen to vital organs.

In very serious cases of CO poisoning, many hours of intensive oxygen therapy may be required and, like other respiratory illnesses, ventilation can sometimes be required.

What Appliances Can Produce Carbon Monoxide? 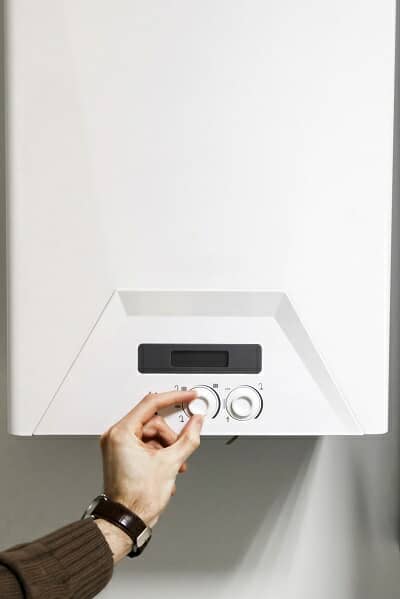 Worryingly, over half of the people we polled (57%) don’t know all the sources of CO Poisoning.

These include the following:

But it isn’t just appliances at home that could expose you and your pets to this deadly silent killer.

Other sources that can produce CO include:

How To Spot The Signs Of Carbon Monoxide In Your Home 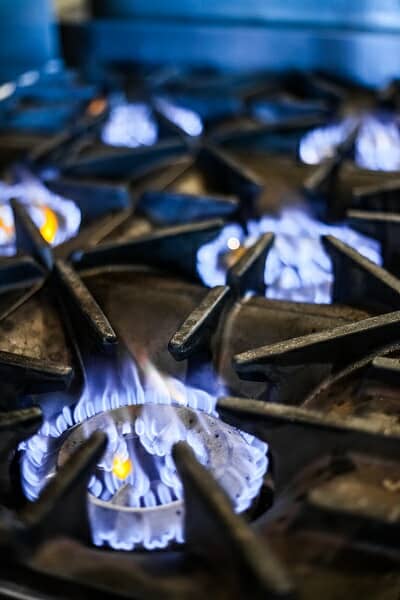 There are many signs of a carbon monoxide leak, but one of the main ways to tell if a gas appliance is in full working order is to look closely at the flame.

A bright blue flame and you’re all good.

Yellowy orange coloured flames could mean that CO is there.

Other key signs to look for include:

How To Prevent CO Poisoning In Your Home

The only way to definitively protect yourself from carbon monoxide is to have a CO alarm installed – so if you don’t have one, get one!

In the meantime, start with these five tips to keep you, your family and your pets safe.

For more information on carbon monoxide, visit our page The Silent Killer or the Gas Safe website.

Where To Position A Central Heating Thermostat